Microsoft has released a pretty major update for the UWP Community Toolkit which graduated to version 2.0.

Version 2.0 is the first major and largest update to date since its launch past year.

The developer community has worked enthusiastically to build something that is used by thousands of developers every month. Today, there are over 100 contributors, and developers have downloaded the packages over 250,000 times. This would not be possible without the strength of the community – Thank You!

The UWP Community Toolkit is being upgraded to align with the upcoming Windows 10 Fall Creators Update. This will enable developers to take advantage of the new APIs and the new Fluent Design System.

If you are a developer who frequently takes references from the downloadable sample UWP Toolkit app, all the controls have been updated to adopt Fluent Design consisting of light, depth, material, motion, and scale. The sample app will also be updated to take full advantage of the new foundational elements to demonstrate what is possible.

Wait! There is more!

Since this is the largest update, developers can now edit XAML directly in the sample app and instantaneously view the results side by side. This will allow developers to get started with development immediately by simply downloading the app from the store.

The app navigation model has also been relocated and is moved to the top. In addition, a new landing page has been added to make it easier to find what is new and keep track of favorite samples.

There are several large additions and updates to highlight here, so make sure to visit release notes for all additions and improvements:

You can get started by following this tutorial. 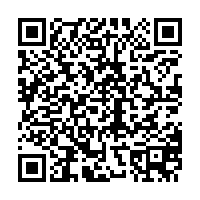 Microsoft introduces new Web APIs for Dual Screen and Foldable Devices; How to get started

List of resources to jumpstart your development for Surface Duo

What is New for Web Developers in Microsoft Edge