These issues have been reported at Reddit and official Microsoft forum by many Windows 11 users.

Fails to install for many:

After installing update KB5012592, the issue of Browsers not connecting to internet or simply crashing have been reported on both Reddit and official Microsoft forum. There are also reports of internet connectivity becoming slow post installation of the update.

Trying to install another browser also failed with the same error. Rolling back the KB fixed it. I assume it’s an issue with the new default browser selector.

Microsoft Edge is not connecting to wi-fi on Win 11

I run Microsoft Edge on a Win 11 HP pc. On 04/15/2022 I opened the browser and there was no connection; “Hmmm… can’t reach this page”, “…server IP address could not be found” and “DNS_PROBE_FINISHED_BAD_SECURE_CONFIG” was what I kept getting when trying to access any website. The same was going on with Google Chrome. I did a load of troubleshooting and even called my ISP provider. Apparently the Internet connection was functioning as some of my desktop apps were working, as well as my iPad and my iPhone wi-fi. I then tried Mozilla Firefox on the pc and that was the only browser that was making connection with the wi-fi. I uninstalled Google Chrome and installed it again – problem resolved. I tried online suggestions to resolve the connection problem with Edge, used the repair function, reset Edge, flushed DNS, did sfc and DISM scans (sfc resolved some file corruption problems; DISM indicated the system is healthy) etc., all to no avail. I’m not willing to invest any more time and energy in trying to resolve this. I am now using Google Chrome and Firefox. However, I figured I’d post this in case others are experiencing the same thing. Perhaps if you made it easier to uninstall and reinstall Edge, it would make this issue easier to resolve. One more thing – I don’t know if this issue is a result of the Windows updates installed on 04/14/2022 (KB5012121) or on 04/15/2022 (KB5012592).

Windows 11 Taskbar becoming empty after installation of the update KB5012592 has also been reported.

My taskbar got wiped out after updating to KB5012592. No start menu, icons, or anything except the ^ button for the system tray. I restored the system to the prior state (OS Build 22000.593), and tried the update again from the standalone .msu installer with the same result.

I see that a similar issue occurred with an update back in October 2021, but none of those fixes from back then seem to work this time. 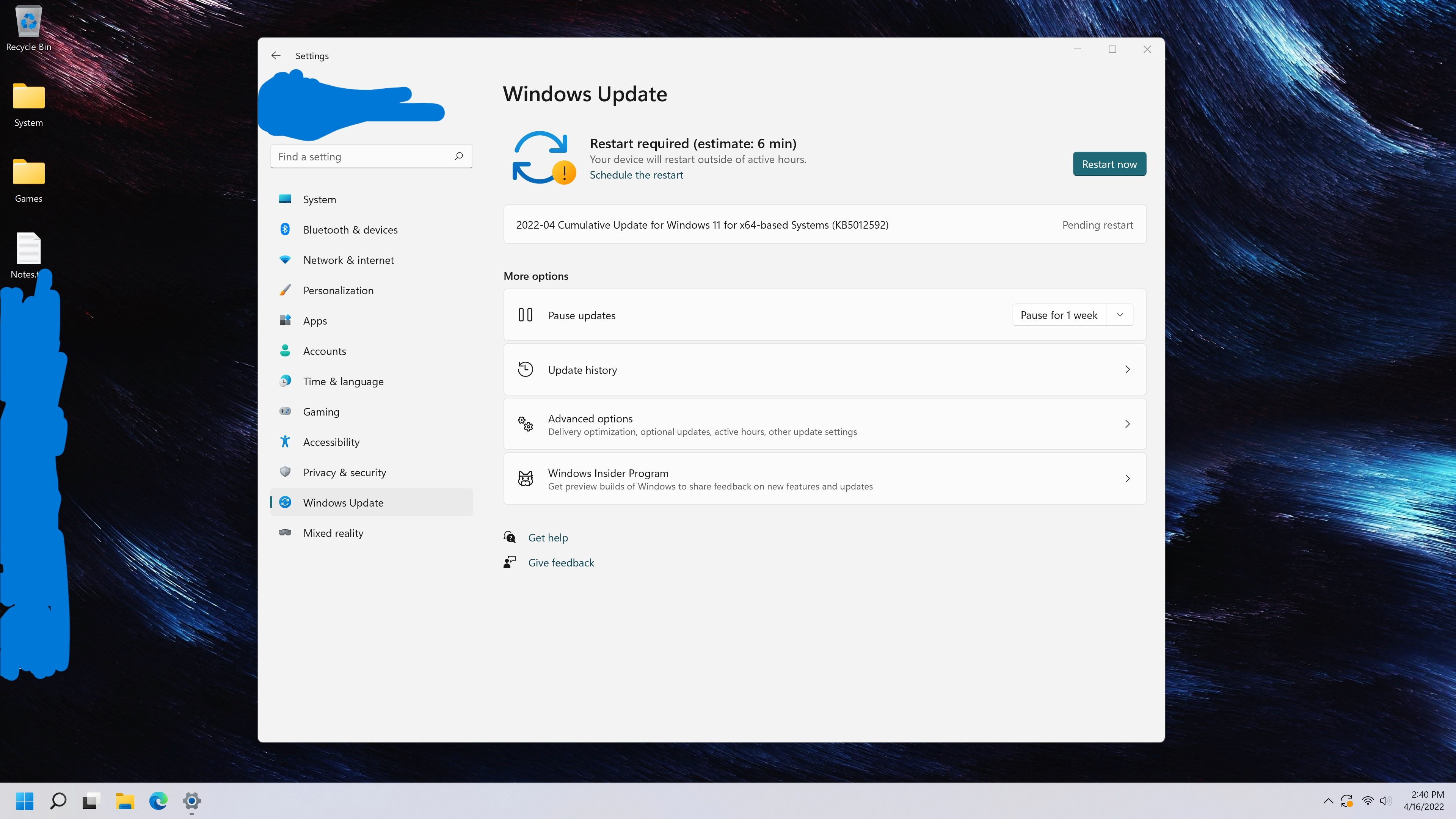 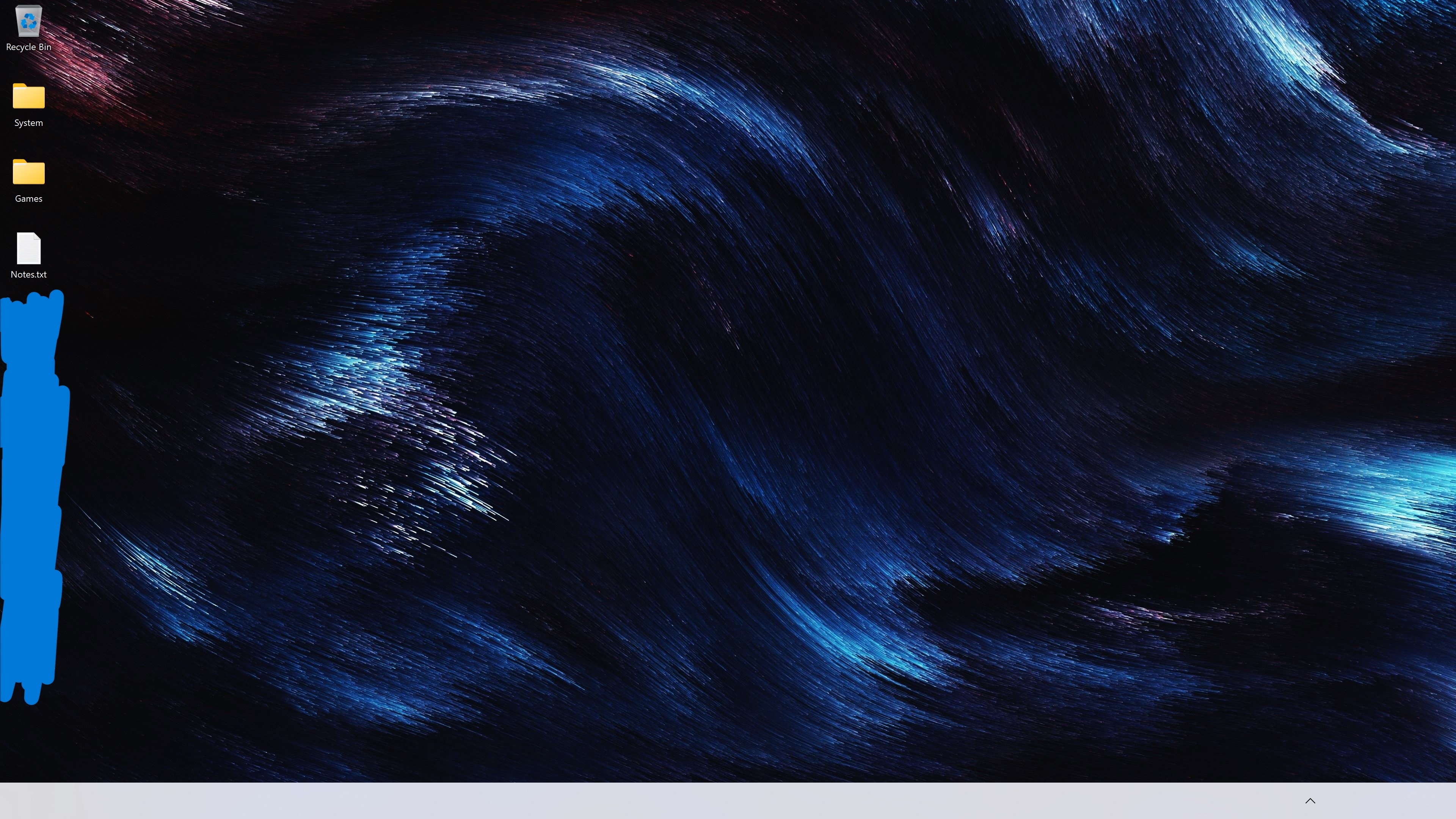 An user has reported facing performance degradation issues after installing the update KB5012592.

After applying mandatory KB5012592 update, everything started to stutter – mouse cursor, animations, videos, everything. An analysis shows regular spikes in frame times in desktop: https://imgur.com/a/YDnBZuW . Even when there’s no foreground application running, the stuttering is still there. What’s worse, there are no obvious suspects, since h/w resource usage is stable at few %. What’s going on? Anyone knows how to deal with this.