F1 2020 Deluxe Schumacher Edition is now available for Xbox One. (Via Major Nelson)

F1® 2020 players compete and race against the best drivers in the world.

Gamers can also create their own F1® team by creating a driver, then choosing a sponsor, an engine supplier, hiring a teammate and competing as the 11th team on the grid.

The game features all the official teams, drivers and 22 circuits, including two new races: Hanoi Circuit and Circuit Zandvoort.

Celebrate the record-breaking F1® career of the legendary Michael Schumacher. Take to the circuit in four of his most iconic cars and receive exclusive content including Michael Schumacher-themed multiplayer car liveries, helmets, race suits, and a podium celebration emote. You can also embark on your career using a Michael Schumacher driver model.

Find the game in the Microsoft Games Store by clicking on the link below. 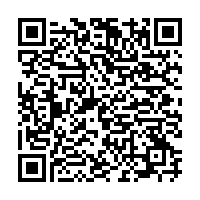