Microsoft Remote Desktop app is receiving an update in the App Store for iPhone and iPad. (via onmsft)


Version 10.1.1 is available for download and carries bug fixes, small feature updates and new animations on iPads running iPadOS 13.4 or later, when moving the mouse cursor around.

• Fixed a bug that prevented typing in Korean.
• Added support for F1 through to F12, Home, End, PgUp and PgDn keys on hardware keyboards.
• Resolved a bug that made it difficult to move the mouse cursor to the top of screen in letter-boxed mode on iPadOS devices.
• Addressed an issue where pressing backspace after space deleted two characters.
• Fixed a bug that caused the iPadOS mouse cursor to appear on top of the RD client mouse cursor in “Tap to Click” mode.
• Resolved an issue that prevented connections to some RD Gateway servers (error code 0x30000064).
• Fixed a bug that caused a mouse cursor to be shown in the in-session switcher UI on iOS devices when using a SwiftPoint mouse.
• Resized the RD client mouse cursor to be consistent with the current client scale factor.
• Added a check for network connectivity before launching a workspace resource or PC connection.
• Hitting the remapped Escape button or CMD+. now cancels out of any credential prompt.

Find the app in the App Store by clicking on the link below. 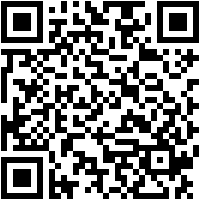