Paint 3D app has received a new update for Windows 10. The latest update is major one which brings many new features such as Magic select enhancements, drawing tools and more.

The latest update brings new drawing and editing features that continue to make it easier to create 3D art.


This app makes it easy to create anything in 3D, whether you draw from scratch or pull from our online 3D community, Remix 3D.

In terms of changes, the latest update brings improved Magic Select feature which allows users to crop the background of any picture to turn into a sticker or wrap onto a 3D object.

In addition, its also brings MS Paint to Paint 3D, the ability to draw and create shapes with the straight line and curve tools to Paint 3D.

Checkout the full changelog below:

Magic select is an amazingly powerful tool that lets you instantly crop out the background of any picture. One of the most common uses is to “lift” a person or object out of one image for use in another scene – think a family picture, or the family pet – to personalize your 3D creations.

You can even turn the flat picture into a sticker or wrap it onto a 3D object. As of today, you can now magic select content directly into a scene, even after the scene has been partially composed so there is no need to move the object off canvas first.

The Line tool gives you the ability to control the thickness and opacity and the Curve tool has one, two, and three inflection point controls that allow for the creation of lots of interesting objects. When you use these tools across 3D shapes, the line and curve tools act just like other stickers, which means that they can be seamlessly applied to both the canvas and 3D objects.

Paint 3D also now supports a new industry-wide open standard for 3D file sharing called GLB, a part of gLTF (GL Transmission Format). This allows for faster and more efficient transfer of 3D assets by outputting only one container for all assets, minimizing the file size and the ability to use the files across other programs as a universal format.

You can download the updated app from the given link below. 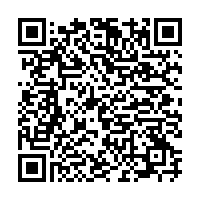