Publishing under the banner of Wales Interactive, mystery solving adventure game Knee Deep is now available on Xbox One.

Knee Deep is an episode based adventure game where choices matter as you look into a mysterious suicide. You have to use your skills of observation, deduction, and intellect to pull back the curtain and reveal the true story behind a swampland conspiracy.

Take the stage as you guide the investigation of the death of actor Tag Kern in a forgotten roadside attraction along Florida’s Interstate 95. As each episode progresses, the story takes you deeper into the conspiracies and machinations that motivate the villains who want something more than just a rejuvenated local economy. But what price will our heroes pay to thwart those schemes?
Play as three investigators – a young blogger, a down-on-his-luck private detective, and a burnt-out local newspaper reporter – delve into the mystery in Cypress Knee and find nothing’s quite what it seems.

You’re the writer, director, and star of the Prologue Theatre’s performance of Knee Deep, a swamp noir adventure in three acts. In each episode, your choices push the characters from one set to another as they collect clues, uncover evidence, and confront wrongdoers.

Experience a magical reality where characters are transported among scenes, set pieces moved into place, and music wafts from the orchestra pit. Knee Deep is about characters, storytelling, and the melodrama of swampland Florida.

You can buy/download the game from the Windows store using the link below. 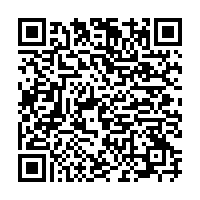