The sequel to the internationally acclaimed Destiny is releasing worldwide on Xbox One on September 8. Destiny 2 like the earlier release, is a first-person action game that takes you on an epic journey to defend humanity from annihilation.
Here is the first official Destiny 2-Rally the Troops reveal trailer.

It shows Vanguards Cayde-6 and Commander Zavala inspiring the people of the last city in an impassioned (and, given Cayde’s involvement, occasionally sarcastic) call to arms.

Additionally, the first hands-on gameplay reveal livestream will be broadcast around the world on May 18. The broadcast will showcase a variety of fun, action-oriented activities within Destiny 2, and will highlight the brand-new, epic adventure waiting for players.

You can pre-order the game right now and be one of the first to play it with early beta access.

Please note, the game will require a minimum 68 GB available hard drive storage space as of September 2017, at launch and the game may grow over time with feature additions and in-game updates etc. 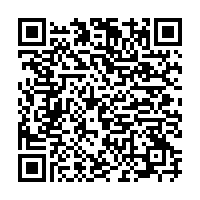