As promised, Bethesda Studios have finally released “Fallout Shelter” in the Windows Store for Xbox One and Windows 10.

The game is available as a free download from the Store on both Windows 10 and Xbox One.

Fallout Shelter puts you in control of a state-of-the-art underground Vault from Vault-Tec. Build the perfect Vault, keep your Dwellers happy, and protect them from the dangers of the Wasteland.

Watch the game trailer below to get an idea of the gameplay.

The game support Xbox Play Anywhere program, which means you get to carry over your game progress including game saves, achievements etc. and automatically catch up right there, while you switch between Xbox One and Windows 10PC thanks to with purchase once, play anywhere scheme.

Fallout Shelter has also been fully optimized to work with the Xbox One controller, making it even easier to take on the role of Overseer.

You can grab the game from the store from the download link below. 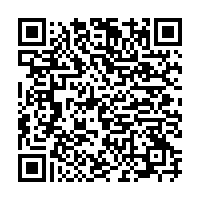