Gamers with a Windows 10 PC and/or a tablet, you can download and play the game right now to explore a vast open world, customise your hero, build your arsenal and rule the PvP battlefields. If you are a fan shooting up zombies gameplay and discover the cause of zombie outbreak, Dead Rivals is the best bet!

Fast-paced action meets classic MMORPG adventures in the first zombie-themed ARPG for Windows! Explore a vast open world, customise your hero, build your arsenal and rule the PvP battlefields! Fight for survival and explore a vast post-apocalyptic open world in the first zombie action RPG for mobile! Journey into the wastelands and discover the cause of the zombie outbreak as you band together or form rivalries with thousands of other players! Pick your class, customize your character, build your shelter, raid your rivals, craft an arsenal of weapons, develop your skills, and crush your opponents in highly competitive PvP battles! If you love shooting up zombies and are tired of tiny maps and repetitive gameplay, Dead Rivals will blow you away!

Find the game in the Windows Store below. 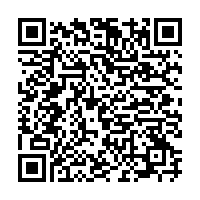