Gigantic’s October Update is now live in the Xbox and Microsoft Store. The Season of Souls update for Gigantic has some awesome new content, including a spooky new hero, profile icons, and the first-ever addition to the map rotation, Ember Grove.

For people not familiar with Gigantic, Gigantic is a third-person, strategic Hero Shooter where players fight alongside and against massive Guardians in epic 5 v 5 battles to control the battlefield with the goal of eliminating the enemy Guardian by delivering the final wound and propel your team to victory.

Gigantic is a 2017 Golden Joystick Awards nominee for Xbox Game of the Year!

Season of Souls also adds profile icons to the game. All those fans who purchased the Founders Packs back before Gigantic officially launched, will be granted the Founder’s Pack Icon which will let you customize your profile icon and show off the unique style.

More information about the Season of Souls Update can be found at the source link below. 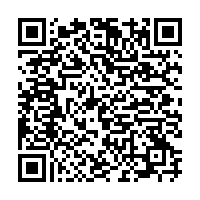