In a surprise move, Microsoft has re-released the classical Xbox title, Phantom Dust on Xbox One and Windows 10 for FREE. Yes, the game has been made available free to purchase and download (on launch day) either on your Xbox One Console or Windows 10 PC.

Being an Xbox Play Anywhere title, you can play the game either on your Xbox One console or PC at no additional cost. All your achievements, game saves and game progress follow you as you switch devices, which is great!

Excited to announce a fan favorite Phantom Dust will re-release exclusively tomorrow for free on @Xbox One & @Windows 10! pic.twitter.com/q8lmn4yeIh

In case you are not aware, Phantom Dust is a blend of third-person arena combat and collectable card game. There are more than 300 unique skills to collect, build your arsenal of powers, and then use them online with up to three other players. You’ll compete in highly-destructible arenas and unleash a wide array of powers and tactics to defeat your enemies, including orbital particle cannons, flaming swords, barriers of ice, flight, cloaking, attack reflection, and many other abilities.

The game features over 15 hours of solo player content through an engaging story that explores the ideas of isolation and faith, and full Xbox Live multiplayer support for up to four players in a variety of match types.

What are you waiting for? Grab the game from Windows/Xbox Store below. 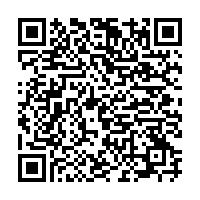