Puzzle based adventure game, Thimbleweed Park is now available on Xbox One.

Thimbleweed Park welcomes you to a haunted hotel, an abandoned circus, a burnt-out pillow factory, a dead body pixelating under the bridge, toilets that run on vacuum tubes… you’ve never visited a place like this before.

You as a player among 4 other people with nothing in common have been drawn to the rundown, forgotten town. You don’t know it but you are all deeply connected and are being watched, too.

By the end of a long, strange night in Thimbleweed Park, all of this will be answered — and you’ll question everything you thought you knew.

In a town like Thimbleweed Park, a dead body is the least of your problems.

The game is soon coming to Windows 10 PC as an Xbox Play Anywhere title, which means if you decide to purchase on Xbox One today, you can play the game on your PC later on release, at no additional cost. 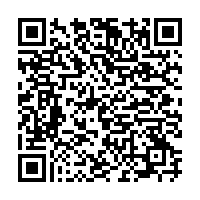