Titles including Super Street Fighter IV, State of Decay, Saint’s Row: Gat Out of Hell and more will be ready to play at the start of October.

Since it is the time of Halloween, Microsoft will be highlighting their favorite spine-tingling, spooky titles in the Xbox Game Pass catalog for the entire month of October. For this you will have to visit Xbox Game Pass Lounge.

Xbox Game Pass members also have an opportunity to jump right in and start winning some awesome prizes by completing a goal. Anyone who completes the goal within the stipulated period is guaranteed to win a prize which includes Xbox Live Gold, Xbox Gift Cards, movies, DLC and more. One lucky Xbox Game Pass member will also win a grand prize each month such as a $500 Gift Card for Microsoft Store.

Ladies and gentlemen, boys and girls – get your fight sticks ready, because Capcom’s Super Street Fighter IV is coming to Xbox Game Pass! Street Fighter is a legendary fighting franchise and for our money, SSF IV is one of the greatest fighting games ever released. Fight as Ken, Cammy, Zangief, Dhalsim, and the rest of the crew across a variety of single and multiplayer game modes, including classic Arcade and online ranked head-to-head battles. Fine tune your strategy and stickwork to become one of the finest combatants Street Fighter has ever seen. Or at least, the best fighter your couch has ever seen.

We are so excited to announce Undead Lab’s gem, State of Decay, is also joining Xbox Game Pass in October! Remastered and re-released for Xbox One, State of Decay is an engrossing third-person open world zombie action survival game (say that three times fast) where you step into the shoes of everyday store clerk Marcus Campbell, tasked with navigating the apocalypse and contributing to the survival of your friend and newfound allies in Trumbull Valley. If you’re a fan of zombie games or survival games, here’s your bacon. And don’t forget, the saga continues with State of Decay 2, coming soon to the Xbox One family of devices in 2018!

Saints Row: Gat Out of Hell

The deal sweetens in October with Saints Row: Gat Out of Hell, the fun and exciting standalone epilogue to the open world action adventure hit, Saints Row IV: Re-Elected. Choose either Johnny or Kinzie, and use your superpowers to defeat enemies, summon demons, and defeat Satan (never a small achievement). Also, if you’ve been enjoying Saints Row IV and continue enjoying the action in Gat Out of Hell, you should check out the latest installment in the Saints Row realm, Agents of Mayhem, available right now in the Xbox Store.

You’re welcome; we’ll just say that now. Because we think you are really going to dig Awfully Nice’s The Bug Butcher. Jump into your classic story-based Arcade mode or see how long you can last against the insect horde in Panic mode. Whichever you choose, the premise is simple: look up, squeeze trigger, and use power-ups to obliterate every enemy bug that comes your way. Oh, and try not to get hit. Do that, and you’ll easily collect all 90 stars on hard in Arcade mode and become a legend as the last Bug Butcher standing atop the leaderboards in Panic mode. If only it were as easy as it sounds. Things can get heavy in a hurry in Panic mode, so consider finding a friend to fight alongside you for some co-op action! We love this game and are so excited to share it with our members. Want a target to shoot for? Beat all 30 levels in Arcade mode and collect 51 or more stars to best the Xbox Game Pass team top performer.

Halloween isn’t all scares and screams. Double Fine’s Costume Quest 2 is great Halloween-focused fun for all ages this October. Costume Quest 2 is set on Halloween night and offers players the choice to control one of two twins, Reynold or Wren, and discover the host of fun Halloween surprises their neighborhood has in store as you try to save Halloween from the evil dentist, Dr. White. Of course, evil villains are sometimes complex individuals, so take a hop in the Costume Quest time machine to learn more about why the evil dentist grew to hate Halloween and how you may be able to end he and his orcs’ reign of candy-less terror. Engage the locals in conversation, smash objects with your candy bag, combat monsters, and evolve both your powers and costume as you level up this October in Costume Quest 2.

When we think of castles, we think of ghosts. And when we think of ghosts, we think of Halloween. So, it only makes sense that we would bring you Maldita Castilla EX this month, a tremendous retro medieval platformer and extension upon the original Maldita Castilla arcade game. But beware: conquering the Castle is not for the faint at heart. This is a challenging game with multiple endings depending on how precise your stickwork is (aka how often you die). Make it through in a single run without dying and unlock the ultimate ending. Or accept the frequent deaths and simply enjoy the scenery, which is full of all kinds of spooky, grotesque, and interesting enemies and objects throughout the game.

Your mission in Tower of Guns is clear and present — run the gauntlet and destroy the Tower of Guns. Actually, achieving that mission in this first-person shooter is both fun and challenging, as you select one gun and one perk to help you through each run at the Tower. Replayability for Tower of Guns is high, with randomly generating levels ensuring familiar but fresh experiences across hours and hours of gameplay. Dodge cannon shots, malicious robots, and grab secret loot stashes as you strategically move from room to room and take your shot at glory. Can you take the Tower? 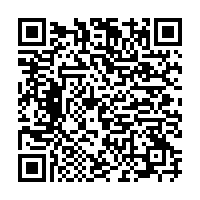