Developed by UBISOFT, Tom Clancy’s Ghost Recon Wildlands is out now and available for Xbox One and Windows PC.

In Wildlands, you team up with upto 3 friends and enter a fictional Bolivia which has become the largest cocaine producer in the world, for the ultimate military shooter experience set in a massive, dangerous, and responsive open world. The Santa Blanca cartel has turned the country into a narco-state.  As a Ghost, you must stop the cartel by any means necessary.


Behind enemy lines, the players will hunt down targets and discover intel while commandeering any of the more than 60 available vehicles including cars, motorcycles and even helicopters. To topple the cartel, players will have to fight their way to El Sueño, Santa Blanca’s ruthless leader, by breaking down the Santa Blanca Cartel’s operation piece by piece as they sever alliances between the drug lords and the corrupted government.

You can download/buy the game from Windows/Xbox Store using the link below. 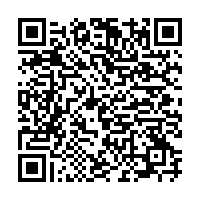