It has been 13 years since Voodoo Vince, the Xbox platformer game launched on Xbox One and today, it is back better than ever with newly upgraded high definition visuals, Xbox Live achievements and Xbox Play Anywhere support.

The Voodoo Vince: Remastered is an adventure game that takes you to the streets of New Orleans to the depths of a Louisiana bayou to find the location of the keeper, Madam Charmaine.


In true voodoo style, Vince encounters and defeats quirky monsters and villains … by kicking his own butt! By racing under a falling safe, jumping into a high-speed blender, or leaping under falling rubble, Vince is sure to defeat his enemies—all while managing to escape completely unscathed.

Some features of the game include Voodoo combat action, Magical voodoo world, Vehicles and minigames, Dynamic cast of characters etc.

Since the title is Xbox Play Anywhere, you can play on both Xbox One and Windows 10 PC at no additional cost. It also supports Xbox Live features including earning achievements and sharing game clips etc. 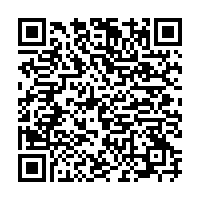